Time to invest in multifamily dwellings.

Demand for apartments remains strong. Even with housing prices beginning to fall, homeownership is still out of reach for a growing share of Canadians. The average price is still 50 per cent higher than July 2019, when affordability was already a challenge. Now, not only are prices out of reach for many, mortgage payments are also less obtainable, causing potential homeowners to remain in the rental market. With consumers tightening their budgets and slowing down spending due to rising... [read more]

What a Recession Would Mean for Canadian Commercial Real Estate   Canada’s yield curve has inverted. The yield spread between the 10-year and two-year bonds has reached negative 50 basis points, which, when negative, tends to be a reliable predictor for future recessions. Specifically in Canada, a recession has occurred approximately 60 per cent of the time following a negative bond spread, with the most recent ones happening in 2020 and 2008. Nonetheless, due to strong... [read more]

Hoping, wishing, and praying, shouldn't ever be confused with doing.

Hoping, wishing, and praying,  shouldn't ever be confused with doing.     [read more]

Premier @FordNation believes homeowners should have a right to choose how they sell their home. He opposes a ban on blind bidding which = mandatory home auctions. More red tape on real estate transactions means fewer homes on the market, making homes less affordable.   AGREED! [read more]

Town Offering Interest-free Loans for Retrofit Projects   HALTON HILLS, ON – The Town of Halton Hills launched the Retrofit Halton Hills (RetrofitHH) pilot program today. As part of the program, the Town will provide interest-free loans to fund retrofit projects that help homeowners save on energy costs and improve the comfort and safety of their homes while reducing their impact on the environment. Homeowners approved for the pilot can use the funding to pay for measures... [read more]

A Housing Affordability Task Force has recommended that Ontario set the ambitious and very bold goal of building 1.5 million homes over the next 10 years. To reach the new objective it would mean doubling the current pace of housing construction – which would be a remarkable feat by any stretch of the imagination. About 92,000 new housing units were started in 2021, and 79,000 in 2020, according to the Canada Mortgage and Housing Corporation. Authors of the report have laid out an... [read more]

It had long since come to my attention that people of accomplishment rarely sat back and let things happen to them. They went out and happened to things. Leonardo da Vinci - 1452-1519 - Painter, Inventor [read more]

HAMILTON ― Ontario is introducing hourly GO train service along the Lakeshore West line between West Harbour GO Station and Union Station each day of the week, giving customers direct service into the City of Hamilton using GO Transit services. “For far too long, commuters in Hamilton have had to rely on Aldershot GO Station in Burlington to access Union Station. Better connecting regions throughout the province has been a goal for our government since day one, and that is why... [read more]

Geothermal energy is thermal energy generated in the Earth, but when it comes to residential homes, it always refers to a system that uses piping buried in the ground to extract heat from the earth.   Geothermal system uses loop of piping that is buried outside of the home in order to extract heat from the ground, or deposit heat to the ground, depending on which mode the system is, heating or cooling.  The... [read more]

1% Tax on Vacant Properties in Toronto

A 1% vacant home tax got approval from Mayor John Tory’s executive committee last and will be considered by city council this week. If approved, the new levy on vacant Toronto homes would start in January 2022. We spoke with TRREB (Toronto Regional Real Estate Board) President Kevin Crigger to get his thoughts on the tax. TRREB’s always been really supportive of evidence-based approaches to increasing housing supply. And, as such, we’ve been supportive of an... [read more]

laws of Money by Suze Orman

Carry these five laws of money with you always: Never talk yourself into trusting anyone. Trust yourself more than you trust others. It is better to do nothing than something you don't understand. After suffering the loss of a loved one, do nothing but keep your money safe and sound for at least one year. If you want to find the best financial advisor, look in the mirror - for no one will care about your money more than you do. [read more]

Fighting Congestion The Greater Golden Horseshoe is one of the fastest-growing regions in North America. It is expected to attract 1 million new people every five years, reaching nearly 15 million by 2051. That’s a population increase of more than 50 per cent compared to today. And as the region continues to be Canada’s economic engine, the number of trucks on the road is expected to double by 2051. Congestion already costs the Greater Toronto Area  $11 billion... [read more]

The City of Toronto’s Executive Committee is recommending that City Council move forward with implementation of a Vacant Home Tax, with a number of important exemptions. The tax is NOT YET IN EFFECT, and specific tax details still require approval by City Council. TRREB has worked closely with City staff in recent months and years, calling for evidence-based decision-making to ensure that the tax meets its policy objectives of improving... [read more]

Learn from the mistakes of others. You can't live long enough to make them all yourself. Eleanor Roosevelt - 1884-1962 - Former First Lady of the United States [read more]

There is a big upside to Ontario’s minister’s zoning orders (MZOs) that have been much maligned recently in certain media coverage over the past few months. Indeed, MZOs are needed to cut through red tape and streamline snail-paced municipal development approval processes across the province. Why? Because we have a housing supply crisis and infrastructure deficit. Connect the dots. So, what are MZOs? Under Section 47 of Ontario’s Planning Act, the Minister of Municipal... [read more] 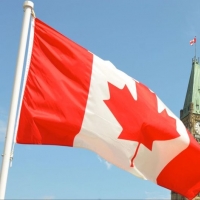 The federal government’s Canada Greener Homes Grant is proving wildly popular after coming online less than a month ago. The grant, which will draw upon a $2.6 billion pool and is targeting 700,000 homes nationwide over seven years, provides Canadians with up to $5,000 to make energy-efficient retrofits that follow EnerGuide standards to their homes. [read more]

Canadian Economy was never as dependent on residential real estate as now...

Voracious demand for detached houses returned to Canada’s housing market last year, and just as in years past, unlucky buyers settled for townhouses. “The reason the townhouse has become more popular than ever in the new construction world is, whether they’re traditional, stacked or back-to-back, they’re less expensive than detached homes, which average more than $1 million in the GTA” . “As a result of prohibitive pricing for detached... [read more]

Oakville's Mayor resigns from Police Board

Mayor Burton resigns from Halton Police Board This afternoon I notified Halton Regional Chair, Gary Carr, of my resignation from the Halton Police Board.   Dear Chair Carr: I am resigning now as a member of the Halton Police Board, deeply regretful for my response to the chief's proposed trip, proud of what we have accomplished in my years as chair, and hopeful for the continued nation-leading success of the HRPS and its Board. I regret sincerely that I focussed at the time on... [read more]

TORONTO -- If you’ve been sitting on the sidelines of the real estate market with a chunk of savings hoping for house prices to plummet, 2021 probably won’t be your year, Canadian real estate market experts say. The COVID-19 pandemic didn’t devastate Canada’s hottest housing markets the way some forecasters predicted. In fact, in cities like Toronto and Vancouver, fierce competition for detached houses meant back-to-back months of record-breaking prices. TORONTO:... [read more]

Joseph Brant Hospital’s Pandemic Response Unit is gearing up to receive its first COVID-19 patients this week amid escalating infections across the province. The structure — an all-season field hospital on the Joseph Brant property and the first of its kind in Ontario — is opening in response to the increased need for COVID-19 care and pressure on hospital capacity in Burlington and beyond. “The Pandemic Response Unit (PRU) was built to ensure... [read more]

Canada’s population grew by 2,767, or 0.0%, from July 1 to Oct. 1 of this year, according to Statistics Canada, representing a 74-year low. The 2,767 additions brought the country’s population up to an estimated 38,008,005, meaning there was hardly any growth, while populations actually declined in British Columbia, which lost 1,861 people, and Newfoundland and Labrador, where 1,105 people left. On the other hand, Quebec, Prince Edward Island, Manitoba, Yukon, and Alberta... [read more]

September Stats for Toronto Real Estate Board are here!

The September 2020 MLS® Home Price Index Composite Benchmark was up by 11.6 per cent year-over-year. The average selling price for all home types combined in September was $960,772 – up by 14 per cent year-over-year. Price growth was driven by the low-rise market segments. The relatively better supplied condominium apartment segment experienced a comparatively slower pace of price growth. [read more]